How Long Does Coffee Last in the Body? 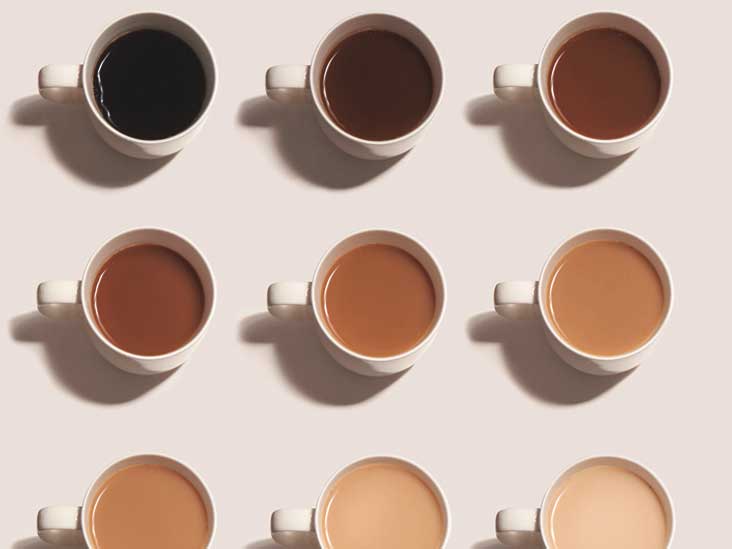 Caffeine is an important part of many people’s diets, but how long does coffee stay in the body? The half-life of caffeine is between four and six hours for most people. This can vary a little depending on weight, age, and any medical conditions. To get a better understanding of how long coffee stays in the body, read on.

Caffeine is a stimulant

Caffeine is a natural chemical with stimulating effects and is found in many products. It acts as a central nervous system stimulant by increasing activity in brain cells and increasing blood pressure. In adults, caffeine boosts alertness and makes them feel more energetic. But it can also cause problems for children. Caffeine can raise their blood pressure and interfere with their sleep. It can also affect their mood and increase their anxiety. Children who drink a lot of caffeine may become dependent on it, and can experience withdrawal symptoms if they do not drink enough. However, no one knows exactly how caffeine affects developing brains.

Research suggests that caffeine stimulates brain activity by blocking the adenosine receptors in the brain. When this receptor is blocked, it prevents tiredness by increasing the activity of other natural brain chemicals. As a result, caffeine causes a release of dopamine and increases heart rate and blood pressure.

The physiologic effects of caffeine on the heart are complex. Among other effects, caffeine increases catecholamines and inhibits phosphodiesterase. It also stimulates b1-receptors in the heart, increasing the level of intracellular cAMP. It also increases myocardial intracellular calcium, which increases the risk of dysrhythmias.

The normal amount of caffeine in the body is 100 milligrams, but in high doses, caffeine can cause a number of adverse health effects. Caffeine is found in many foods, including coffee, chocolate, and tea. It is also commonly used in over-the-counter medications. It is best to limit caffeine intake in healthy adults to less than 400 milligrams a day. Children should also avoid stimulants unless absolutely necessary.

Caffeine can cause physical dependence and is highly addictive. People who regularly consume caffeine should limit their intake to one or two cups a day. People with co-occurring mental health disorders may be more prone to develop caffeine addiction. This can make it even more difficult for them to quit. If you suspect that caffeine is contributing to your mental health issues, you should seek help from a therapist or psychiatrist.

After drinking coffee, your body will be left feeling jittery. This can be an uncomfortable and frustrating experience for those who are caffeine sensitive. Symptoms can range from sweating and muscle tremors to increased heart rate and stomach discomfort. Caffeine can also reduce your sleep quality and quantity. To avoid caffeine withdrawal symptoms, drink plenty of water.

The caffeine in coffee has a half-life of four to six hours. This period will vary depending on your body chemistry, age, and weight. However, for most people, caffeine can last anywhere from four to six hours after ingestion. Whether or not caffeine has a long-term effect on your health is not clear.

Coffee promotes sleep, but not in the traditional sense. Caffeine interferes with the sleep cycle, causing unwanted wakefulness hours after you drink it. It can even disrupt the sleep of people who are unable to sleep, and is linked to increased risk of workplace accidents, car accidents, and divorce. However, some studies suggest that coffee can help you sleep.

Caffeine affects sleep because it blocks the cell receptors that let adenosine enter the brain. Adenosine is an amino acid that promotes sleep. People who drink more coffee tend to be night owls. Studies show that caffeine may also reduce jet lag.

Although coffee is known to promote sleep, it should not be taken in excess. Consuming too much can have negative side effects, including increased caffeine tolerance and high blood sugar levels. Instead, it is best to drink two to four cups a day, and drink lots of water. This way, you can avoid caffeine’s sleepiness-inducing side effects and get a good night’s sleep.

Whether or not coffee helps you sleep is a matter of personal preference, but experts recommend that coffee be consumed between 10 am and noon. Late risers, on the other hand, should wait two to three hours before they go to sleep. Waiting a couple of hours before bedtime will reduce the amount of caffeine that disrupts sleep.

Caffeine’s effects on sleep are dependent on a person’s genetic make-up. People with caffeine-sensitive genetic makeup may be more susceptible to caffeine-induced insomnia than those with normal levels of tolerance. However, caffeine is widely consumed and widely accepted as a performance enhancer.

It breaks down in the liver

Although the effects of coffee consumption on the liver are still unclear, the British Liver Trust published a report that outlines recent research and evidence. Despite the positive findings, it is important to consult a health care provider if you have any type of liver disease to determine the best course of action. The best way to protect your liver is to eat a healthy diet and exercise regularly.

Research has shown that coffee contains polyphenols, a type of antioxidant that may protect against stress and aging mechanisms in the body. These compounds may also help the body to maintain a youthful appearance by protecting the cells from free radicals and oxidative damage. These compounds also promote overall health in humans by reducing the risk of chronic diseases. Health organisations are using this data to improve diets and reduce risk factors associated with aging.

The Healthiest Way to Brew Coffee